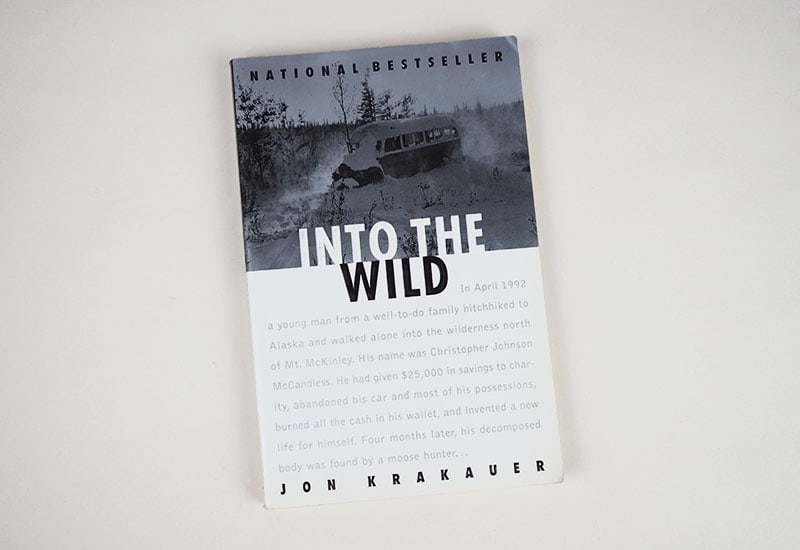 July 2017. I had been travelling alone in my car across the USA for three months, fulfilling my life’s dream. I had spent most of my nights privately with locals. When we first met as strangers in the wilderness of Wyoming, he was my host and I was the traveler passing through. My first thought was, “he looks like a nice, trusting, elderly man – you can stay overnight with him and have peace of mind”. For three days we hiked, chatted and laughed among huge mountains, hissing geysers and wild bison. On the last evening, we drove silently for an hour into a colorful sunset. As I continued on my journey, I cried alone in the car for the first 70 kilometers and couldn’t understand what was going on. I only knew that these three days had been the most moving of my whole journey.

We stayed in contact and wrote to each other. I took my flight home to Germany and went straight to my new office job, which I couldn’t cope with after the long journey. Our e-mails started to get longer and longer, our conversations more and more intense. In February 2018 I quit my job and started my own business working from anywhere in the world like a digital nomad. In April 2018 he wanted to come to Europe and visit me in Berlin. We were happy but then he got sick and had to cancel the trip just a few days before. I was sad and then angry. Almost five years ago, my grandmother died unexpectedly of a stroke in the night. I hadn’t visited her for two months because I had been studying for university exams and thought we still had time. We didn’t. I was seized by determination. I got in my car, went to a travel agency and spontaneously booked a 30-hour flight with three transfers to the USA. If he can’t come to me, I’ll just have to go to him: life is too short to wait. When the lady in the travel agency told me how long and expensive the flight was, I told her I didn’t care and ran outside, beside myself with joy.

October 2018. I’ll see you again. As friends. For two weeks we undertake endless road trips through Wyoming and Montana. On the way we play a game where we ask each other very personal questions, which everyone has to answer with total honesty – no matter how embarrassing or hard the answer is. At this point, I felt as though I’d known him for twenty years. One evening, I leaned against the wall, alone in my room and laughed myself silly. I was feeling something I couldn’t believe I was feeling. On the last evening, we drove into the sunset again. The last question of the came up…”What would you most regret not having said if you were to die tonight?” He looked at me for a long time and then he said, “I’ve fallen in love with you”. I looked away into the darkness. It couldn’t work. He was too old, lived 8,000 kilometers away and I had a boyfriend in Germany. The relationship had been failing for some time now because of my constant travelling, but I would never cheat on him.

The next day I took my flight home. When I went to the gate, tears ran down my face in front of everyone. I look at the tarmac and whisper to myself: “You shouldn’t go. It’s wrong.” But I didn’t know what was right either.

A few days later in Germany, I ended my eight-year relationship. My best friend once said: “If you are able to feel something so strong for someone else, you have to break up because it shows that something between you isn’t right anymore”. I was sitting in my new flat, I had a cold and I felt like I wanted to die. What now?

We decided to do something crazy and meet again that year in Europe to find out what we were and what had happened between us. We chose Paris because of the film, ‘Casablanca’.

The time came, and I walked five kilometers at three in the morning from Airbnb through the streets of Paris to surprise him at the airport. I held up a sign with a loving greeting between a bunch of suits. Everyone was staring at me. Then we’ll see each other. Before either of us can say anything, we kissed, and we knew in that moment what we are and what happened between us: it was love. Love, no matter the differences in culture, age and distance between us. We spent a totally crazy week in Paris. Given that we know we won’t have as much time as other couples because of the age difference and with us already doing something very out of the ordinary, he spontaneously asked me to marry him. I said yes because I already knew what he is to me.

March 2019: I stood at Amsterdam airport holding colorful heart balloons. For two weeks we travelled together through Europe, dance barefoot on the beach, drank wine from the bottle at midnight in the hotel room and were not just lovers, but also soul mates and best friends. Once he left again, I wrote a page-long love letter: I miss him terribly, but I have already organized my work to start in December so that I can visit him for several months in the USA in just a few weeks. When we talk about it, we already call it “the summer of love”, full of anticipation.

We gave the book “Into the Wild” by Jon Krakauer to the Museum of Lovestories. It is about the adventurer Christopher McCandless. His story inspires us both very much – his wanderlust, his curiosity, his radical thinking and his willingness to take risks. We find ourselves in many parts of the book.