When I went to Peru I had a boyfriend… 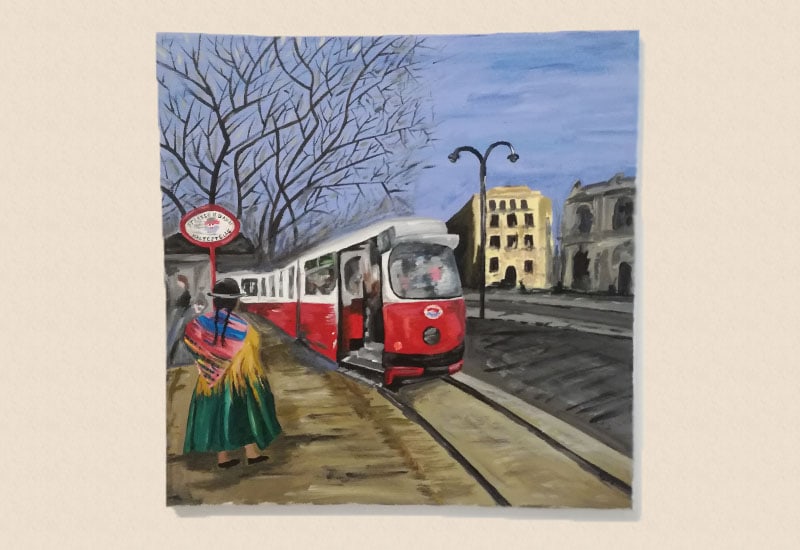 When I went on exchange to Peru I had a boyfriend. However, the relationship was already going to pieces. We did not have feelings for each other anymore, but as it is most of the time, after three years of relationship you kind of don’t want to let go.

I met Miguel on my very first day in Peru. My friend and I knocked the door of the Pepper’s Hostel in Lima on a Monday night and as the door opened, there he was. Miguel turned out to be the owner of the hostel that we had booked for the first week of our stay.

It didn’t take me long to realize that Miguel was a little Don Juan and I saw myself as one of many. Still, I was in for the adventure and wanted more. We started to go out more often, met in the night, cooked for each other, had good conversations, hung out, teased each other on Facebook and so it went on until one night at a club. When I started to a friend of him, he left the club without saying a word. I left the club completely upset and disappointed. Tears rushed down my face.

Back home in my apartment I heard something on my window. “Clack”. And Again “Clack”. I pulled up the window shades and looked down on the street. There he was, throwing stones on my window, hoping that I would come down. So I did. He was breaking out in tears, shouted “I want you to be mine!”.

Today we are married and live happily together in Austria. The picture shows a Peruvian Cholita in Vienna. Miguel painted it for our shared apartment.

While still in Peru Miguel and I hypothesized about why we found each other given that we lived so far apart for all our lives. Miguel said that everyone has a kind of counter pole in the world. They move exactly on the opposite side of the globe until they match one day like magnets do. I think so too.