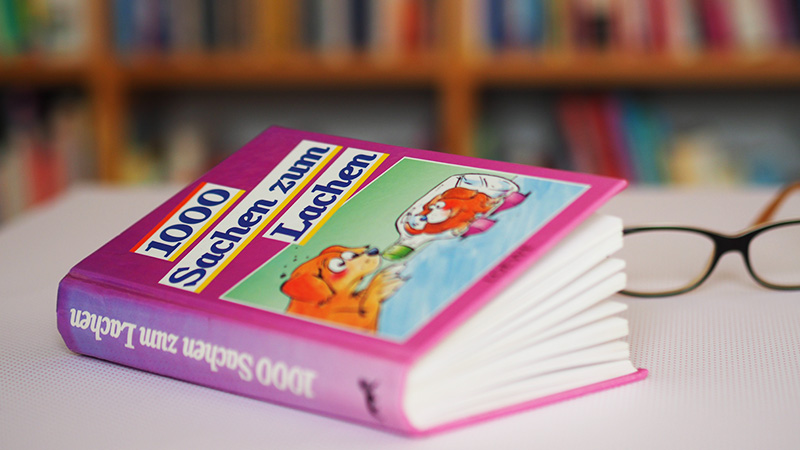 There is a bar in our town where “brave” people can try and have a go at stand-up comedy every Friday. One evening my friends convinced me to go on stage. I was drunk enough to let myself be persuaded and took the microphone. As I stood up there outside and all eyes were on me I realized that I was completely unprepared. The only thing that came to my mind at this moment were dumb jokes about women. I began to say things like, “Why do women not go to heaven? – Because dragons cannot fly higher than 2000 meters.” or “Why do women have small feet? – So that they can stand even closer to the stove.”

After five seemingly endless minutes of stupid jokes, a young blonde woman entered the stage, took the microphone out of my hand and said with a smirk that she would show me how to joke properly. All of the women in the bar cheered for her while the men started to boo. After she told three jokes about men I took the microphone back from her again and told a joke about women. This time the men cheered while the women booed. After each joke, the other one took the microphone again and it went on like this for a while. With every joke she told she fascinated me even more. Her easy going and natural style had something special about it that I had not experienced in a long time.

As we finished our gig we exchanged numbers and agreed that every morning we would send each other a joke, which is why I bought this book. Over several weeks we texted one another daily. One morning I sent her a message: “You are the most wonderful person I know. Every morning when I wake up and read your joke, my heart skips a beat and my day starts with a smile. Your way of being, your nature … everything about you enchants me. I do not just want to read messages from you every day, I want to be with you. I fell in love with you and wanted to ask, just because I am too cowardly to do it in person, if you want to be with me.” “Is this your joke for today?”, she asked me. Never before has my hand trembled somuch when I wrote “No.”

Since then, we no longer start the day with a joke but with a message saying why we love each other so much.