Home Love stories Get to know Finding the missing piece 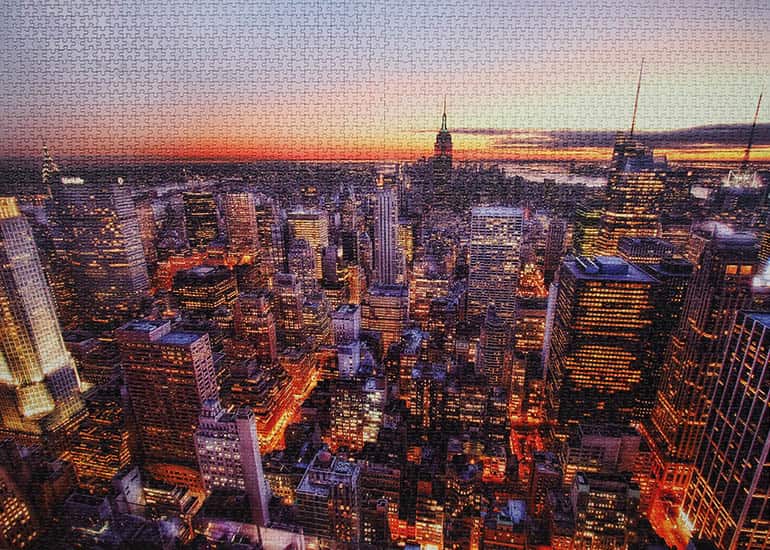 Stories that happen in hospitals rarely have a good ending. But, this was how our story began.

One morning I got a call that my son was hit by a car on the way to school and was taken to the hospital. When I arrived there in panic, I was told that he was currently in the operating room. I was desperate and alone because as a single parent I had no one to support me in this moment. Although the operation had gone well, he still had to stay in the hospital for a few weeks.

He was sharing a room with another boy named Michael, who was also his age. As I visited my son every day, Michael’s father, Rene, who was also a single parent, did too. We talked for hours about all sorts of things. Our children got on very well and loved to pursue their shared passion of solving puzzles. That’s why I bought the two of them this big puzzle so that they could work on it together while we adults were at work during the day.

After a week, just before the puzzle was finished, Michael was released from the hospital. When I heard this I got goose bumps. Despite all the emotional torments and worries about my child in the recent weeks, I was looking forward to going to the hospital every day and meeting my son, Michael and Rene, as we were like a small family. I did not know how to overcome these days alone in the hospital without them both, the feelings of loneliness and helplessness overwhelmed me again.

But the very next day I realized that I did not have to spend a single day alone. The two of them came to visit us every single day. When my son was released a week later, the puzzle was still unfinished. This only happened a year later when we moved in together.