One night in Laos 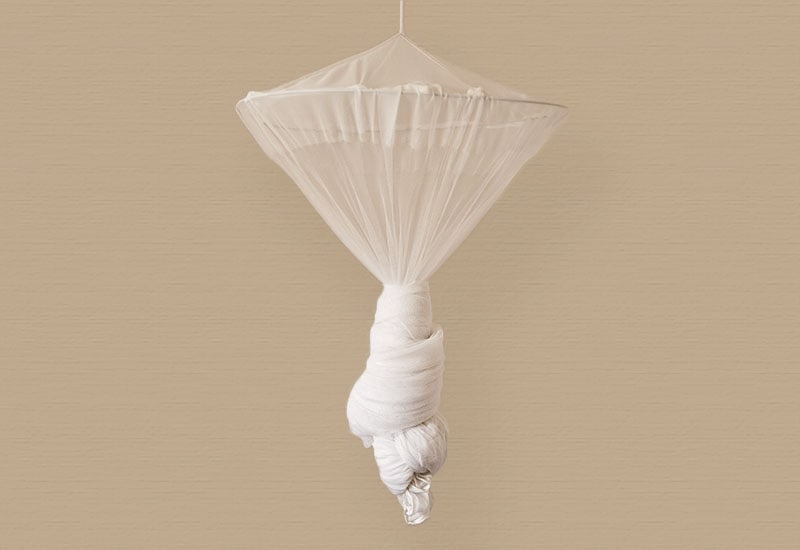 A cheap hostel in Laos. Far too many adventurous people. An annoyinglyloud air conditioning. Two backpackers traveling alone. And most of all, far too many mosquitoes. That’s exactly what the introductory words of our love story, which happened more than two years ago, are.

I was lying in my bed in the said hostel and heard the mosquitoes buzzing around me that, according to the health department in my country, were carriers of diseases like malaria or dengue fever. That’s why I slept under a mosquito net every night to protect myself from them.

That night, I heard a young woman cursing in a bed next to me because she had no net and was literally bitten by the mosquitoes. She was rolling back and forth, so I could not find sleep either. Finally, half annoyed, half joking, I offered for her to lie with me under my mosquito net to protect herself from the insects. Then it was quiet in the room. I was almost asleep, when suddenly the net was opened and a woman’s voice said, “Slide over!” I was stunned, but I made room for her as she came to lay down in bed with me. Immediately the woman said: “Just to make it clear. No fumbling, no kissing, nothing … I’m only here because I need protection from the mosquitoes.” I nodded. She smiled. We introduced ourselves and started talking. It was one of those conversations that could have lasted forever, because we got along so well and realized just how much we had in common. When the sun rose the next morning, we decided to continue our travels together. When the trip came to an end two months later, we decided to continue our lives together. Today we have been together for over two years. To be continued.